Taking Web Out Of The Box 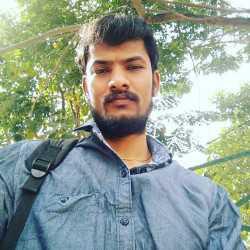 VijayanFollow Thanks for stopping by guys! I'm Vijayan and Techpulse is my beloved brainchild. Currently working as a PHP developer in a digital marketing start-up, I'm overly passionate about not just learning new things but also putting those into practice. I swear by a quote I once came across... 'What separates successful people from unsuccessful people is the former's ability to execute'. Feel free to reach out to me if you have any questions, suggestions or feedback. Hoping to see more of you here! 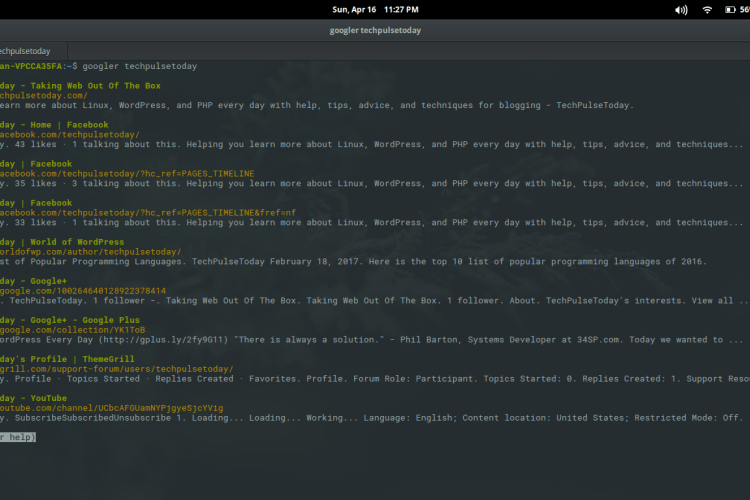 You can now Google search through your Linux terminal, i.e., by using Googler. Here is the process of using it on Ubuntu.

To install it in Ubuntu, first make sure you have Python version 3.3 or later, by using the following command:

If the version of Python is not correct, upgrade it. Googler requires Python 3.3+ to run.

Thought Googler is not available through the package repository on Ubuntu, we can easily install it from the GitHub repository. All we have to do is run the following set of commands:

And that’s it. Googler is installed along with the command auto-completion feature.

After installing it, just run the command ‘googler’ and start searching on Google.

« How to fix the Unknown collation: ‘utf8mb4_unicode_ci’ error Adding the time stamp to the History Command »
comments powered by Disqus

Never miss a story from us, subscribe to our newsletter